SAN DIEGO – Koji, the world’s most powerful Link in Bio platform and the leading app store for social media, today announced the launch of Support THIS, a new app that allows creators to post their favorite completed projects and lets supporters donate to be showcased in a list of top supp source donations and support for those pieces and future pieces from their followers. Supporters are highlighted front and center in a list of top supporters for a specific piece of content. 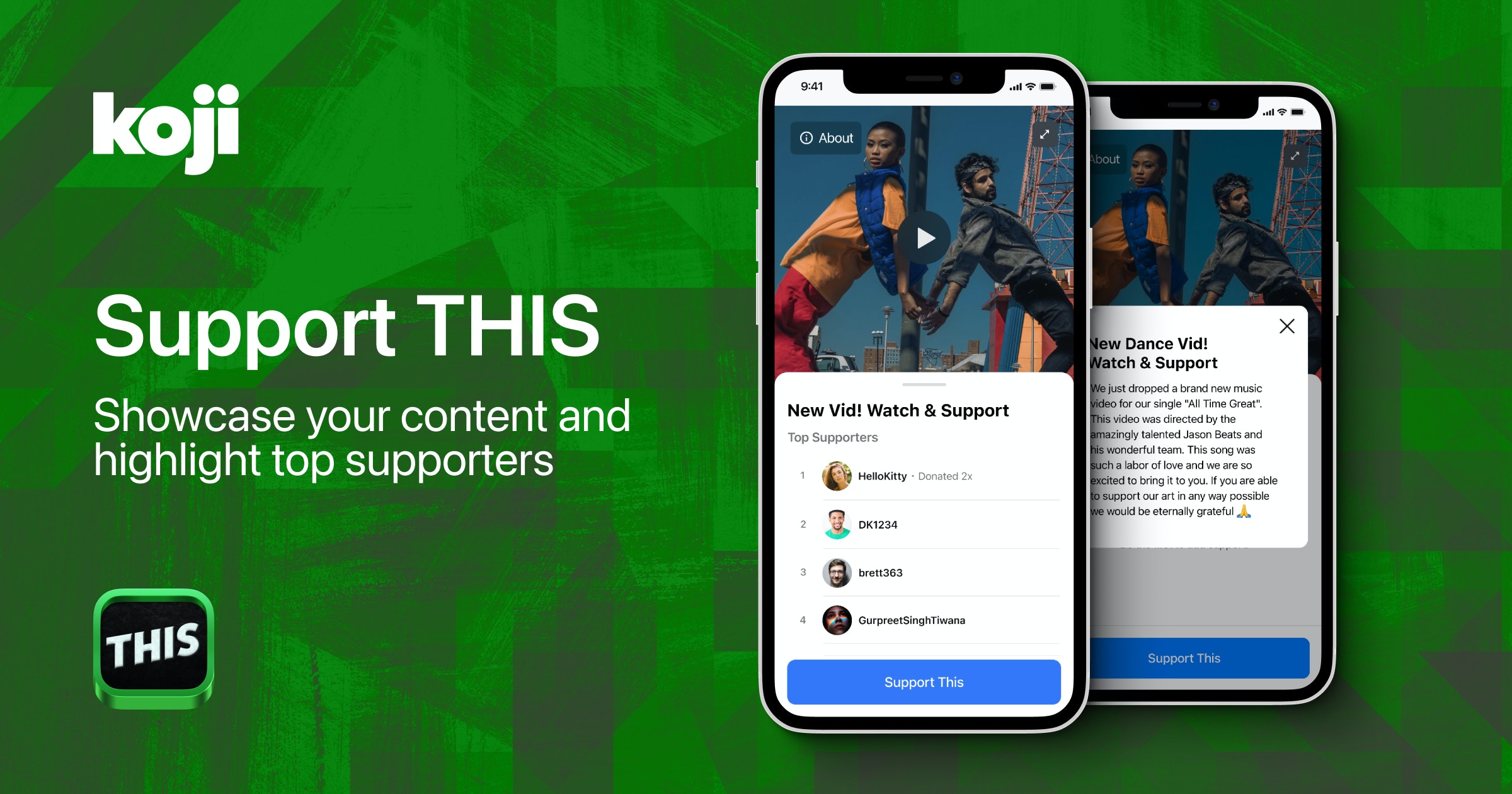 Support THIS lets creators focus their monetization efforts on smaller, more meaningful projects. By shifting the focus of donations to specific pieces of content or projects, creators give their followers a more direct route for supporting them. Creators only have to title and upload a photo of the completed piece they want to feature, and then followers can donate money to support the piece and have a chance to be featured themselves on a Top Supporters list in-app.

“Donations and monetary support given by fans are the lifeblood for some creators and we want to give them more ways to diversify that stream of income. Support THIS allows creators receive support for completed projects and give fans an idea of what kind of projects their support will enable in the future.. Support THIS will be very powerful when paired with other ‘showing love’ apps allowing creators to earn monetary support before, during, and after projects are completed,” said Koji co-founder Sean Thielen.

Support THIS is free to use and available today on the Koji App Store.

Support THIS on the Koji App Store

How to Use ‘Support THIS’ App in Your Link in Bio