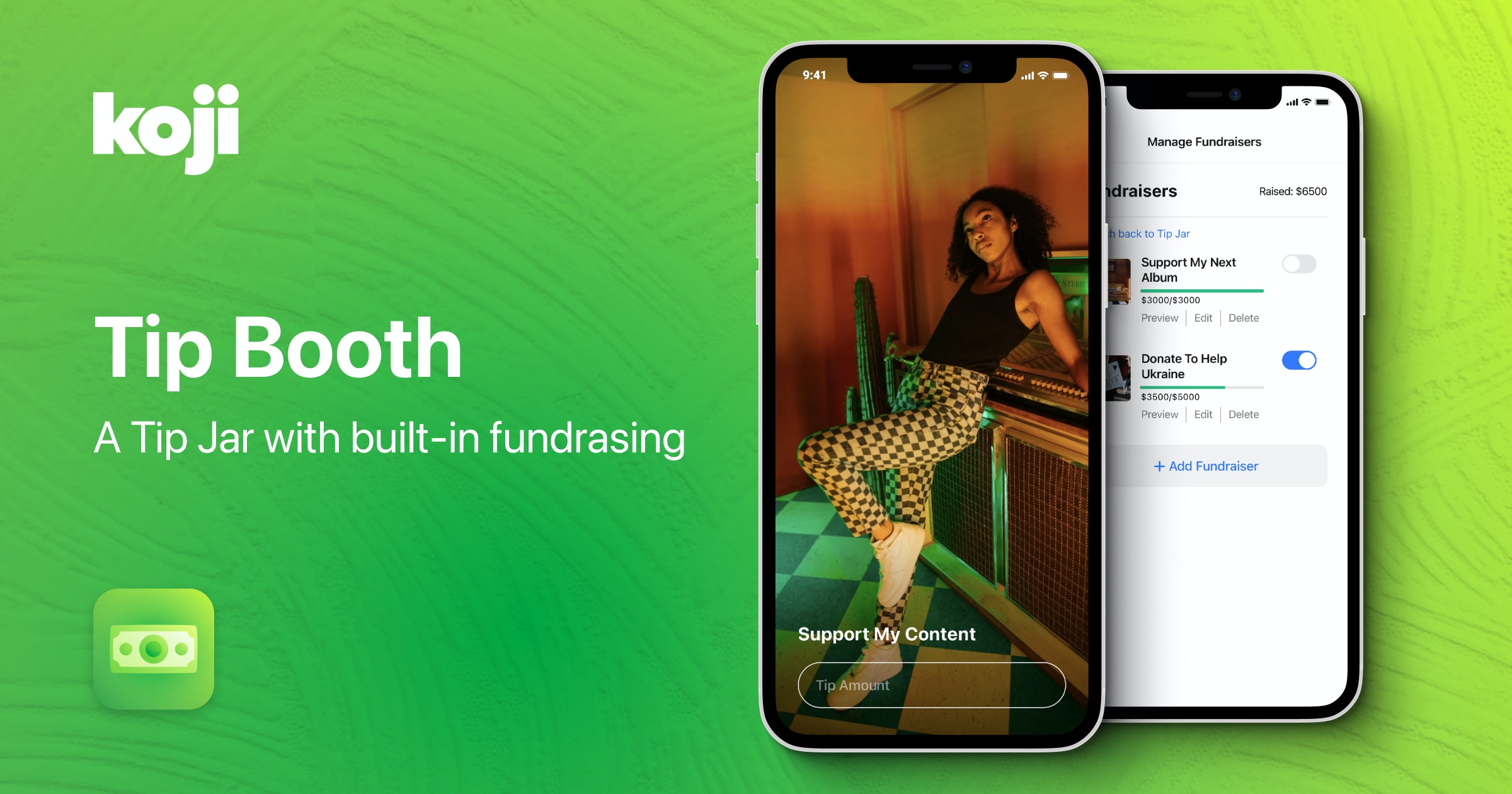 LOS ANGELES– Film Booth, a YouTube channel focused on helping YouTube Creators level up their content and social media strategy, today announced the launch of Tip Booth on Koji, the world’s most powerful Link in Bio platform and the leading app store for social media.

Tip Booth is a new app that provides a streamlined experience for creators to raise money and gather donations from fans directly inside their Link in Bio. It’s aim is to empower creators on any social platform to crowdfund and earn money from fan tips. The app includes a tip jar along with a fundraising feature that can be used simultaneously to raise money for your latest projects and efforts. Fans and followers can donate money to your cause directly from your Link in Bio and be featured on your fundraising leaderboard, depending on how much they donate.

“When YouTube stopped paying every creator ad revenue it widened the gap between new and established creators due to a lack of funding that used to help new creators grow. Having worked with hundreds of YouTubers and seen the quality of work that new channels can now produce due to the abundance of video training available to them online, it felt unfair to witness creators making very high quality content without any kind of reward.

I wanted to help fix that and when Koji offered to build my idea for a crowdfunding platform for YouTube creators, it was a total no-brainer. The app focuses on being very easy to use and has two core features, a tip option, and a crowdfunding option, all the creator needs to do is leave links in their description and comments and ask their viewers to help build their channels with financial support.

The new app is free to use and available today on the Koji App Store.

Koji is the world’s most powerful e-commerce platform built for Instagram, TikTok, YouTube, and every other social media platform. With hundreds of free mini-apps created by Koji and its community of independent developers, Koji gives anyone on TikTok, Instagram, Twitch, and other social media platforms new ways to sell more on social media. Koji launched in March 2021 and has raised $36 million in venture capital through its parent company GoMeta, Inc.