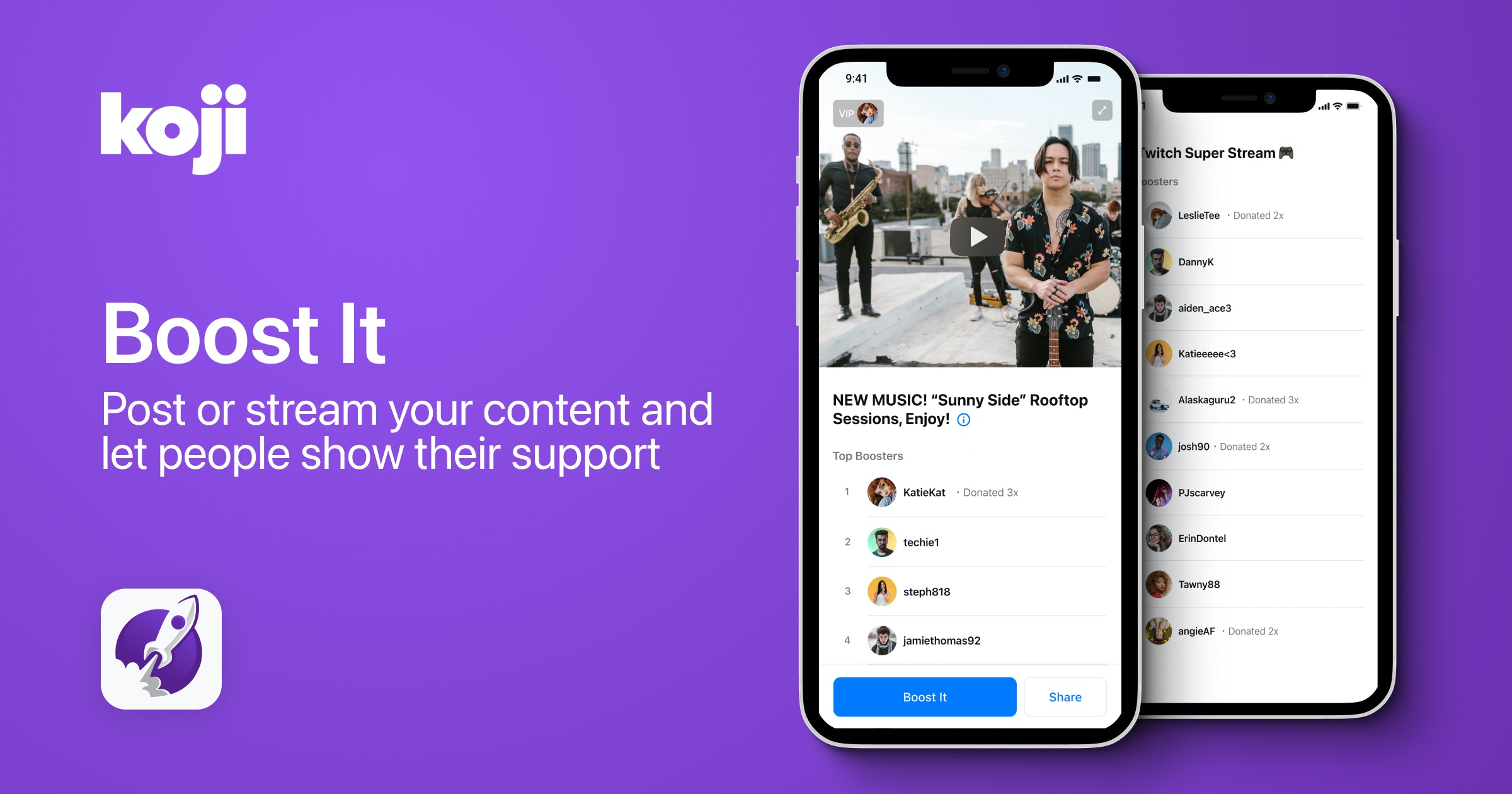 SAN DIEGO – Koji, the world’s most powerful Link in Bio platform and the leading app store for social media, today announced the launch of Boost It, a new app that allows creators to post their favorite completed projects and let supporters donate to be showcased in a list of top donors. Supporters are highlighted front and center in a list of top supporters for a specific piece of content.

Boost It lets creators focus their monetization efforts on smaller, more meaningful projects. By shifting the focus of donations to specific pieces of content or projects, creators give their followers a more direct route for supporting them. Creators only have to title and upload a photo of the completed piece they want to feature, and then followers can donate money to support the piece and have a chance to be featured themselves on a Top Supporters list in-app.

“Donations and monetary support given by fans are the lifeblood for some creators and we want to give them more ways to diversify that stream of income. Boost It allows creators to receive support for completed projects and give fans an idea of what kind of projects their support will enable in the future. Boost It will be very powerful when paired with other ‘showing love’ apps allowing creators to earn monetary support before, during, and after projects are completed,” said Koji co-founder Sean Thielen.

Boost It is free to use and available today on the Koji App Store.

Koji is the world’s most powerful Link in Bio platform. With hundreds of free apps created by Koji and its community of independent developers, the Koji Link in Bio gives leading creators on TikTok, Instagram, YouTube, and other social media platforms new ways to engage audiences, connect with supporters, and monetize. Koji launched in March 2021 and has raised $36 million in venture capital.

Boost It on the Koji App Store

Sign Up
« NFT Collectors and Owners Need A Link In Bio
Fund My Project and Boost It: A Powerful Duo of Kojis »